A Life After Cancer

My heart has only just settled down enough for me to write this post!

But I had so much fun at Escape Rooms, Cardiff that it was worth all of the excitable palpitations…

I’d never really thought of doing something like this before but I got an email from the guys at Escape Rooms asking if I fancied a game and I was beside myself with excitement.

I invited some of my friends from work – who were equally as excited – and we had a think about what room we were going to book.

There were a few options available:

The rooms have different difficulty ratings and after a lot of thought and debate (read debate as ‘easiest one?’ ‘yes’), we decided to go for the least difficult one.

The four of us rocked up to Escape Rooms – which is really easy to find, it’s just off St Mary’s Street – and were a little uncertain of what to expect.

We had booked ‘The Tomb’ room which excited and scared me in equal measure.

During our brief, we were told that nothing would jump out at us…but things might move – aaaah!

Oh and, to make things a little more difficult, we would be in the dark with wind up torches.

Our mission was to find the 4 pyramids that Howard Carter had mentioned in his notes but we had to solve a few puzzles to get to them.

We went into the room feeling really jumpy and screaming at pretty much everything that happened around us. Even the plastic spiders.

The puzzles took a bit of thought but we managed to complete them in a reasonable amount of time with 15 minutes left to spare! 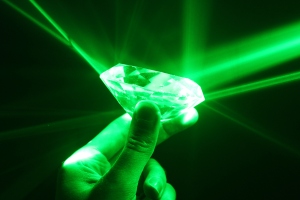 Before we left, there was one more Crystal Maze-esque task to complete – we had to catch as many gold and silver pieces as we could.

It was hilarious but really hard! Unsurprisingly, we didn’t manage to beat the high score.

We absolutely loved our time at Escape Rooms and I’d highly recommend going if you’re looking for something to do with a bunch of your mates. It’s the perfect thing to cheer up a miserable autumn afternoon.